Dinosaurs in the Land of the Smiles

Posted on September 1, 2013 by chuyeeming 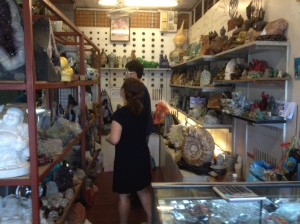 I was delighted to meet Plai on a recent trip to Bangkok, where he very graciously brought me on a tour of several fossil shops in Chatuchak Market. 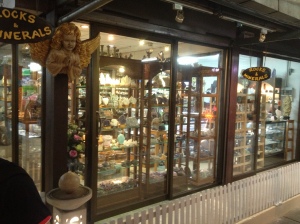 Now I’ve visited this market on numerous occasions but have rarely stumbled onto many fossil shops, so I would strongly suggest fellow collectors give Plai a ring whenever they are in town. He’s a great guy with a fabulous collection of his own, and also the passionate founder of the Thai Fossils Collectors Facebook Group.

I was very surprised to learn from Plai that the closest dinosaurs to Singapore can be found in Thailand. Apart from the Sirindhornae Museum, actual fossil sites are found in the northeast, with the oldest region

in Thailand being the Khorat Plateau.
Provinces such as Nakhon Ratchasima, Khon Kaen, Kalasin are especially rich in dinosaurs, as well as other sites in Chaiyaphum, Ubon, Nakhon Phanom, and Phayao.

Some of the Thai dinosaurs include:
1. Named after Princess Chakri Sirindhornae who visited the dig site at Huay Pratu Tee Mah in the Khon Kaen province of Northeast Thailand in 1981, Phuwiangosaurus sirindhornae is a giant titanosaur sauropod from 110 million years ago in the Early Cretaceous, and Thailand’s first dinosaur discovery.

2. Siamotyrannus isanesis was either an early Cretaceous tyrannosaurid (!) or a carnosaur, allosaurid, or sinraptorid from 130 million years ago. Estimated to measure six to eight metres long based on a partial skeleton of a pelvis, sacrum, and a few vertebrae, the fossils were found in 1993 by Somchai Traimwichanon in the Sao Khua Formation of Khon Kaen in 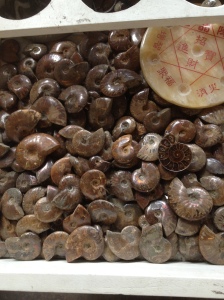 northeastern Thailand, as well as Kalasin and Chaiyaphum provinces.

3. Siamosaurus suteethorni was a 30-foot long relative of the Spinosaurus, and is believed to have mainly fed on fish in the Early Cretaceous 100 million years ago, when Northeast Thailand was covered by a inland sea.

4. Isanosaurus attavipachi was a 40-foot long primitive herbivore dinosaur that travelled in herds and lived in both forest and swamps. It is from the Late Triassic, and found in Northeast Thailand, and believed to walk on four legs like 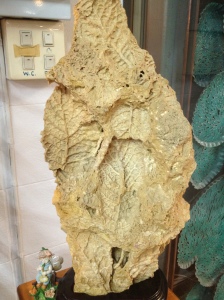 sauropods but could also stand on its two back legs like prosauropods.

4. Ginnareemimus was a 17-foot long dinosaur from the early Cretaceous that resembled the Gallimimus. Its fossils have been found in Khon Kaen, Kalasin, and Nakhon Phanom province.

In 2007, palaeontologists unearthed a fossil graveyard in Ban Saphan Hin village in Muang district of Nakhon Ratchasima Province, with remains of allosaurs, iguanodon, hadrosaurs,and pterosaurs from the late Jurassic.

Amazing Thailand indeed! Time for an excursion anyone? 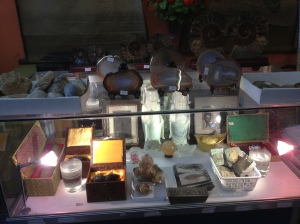 2 Responses to Dinosaurs in the Land of the Smiles